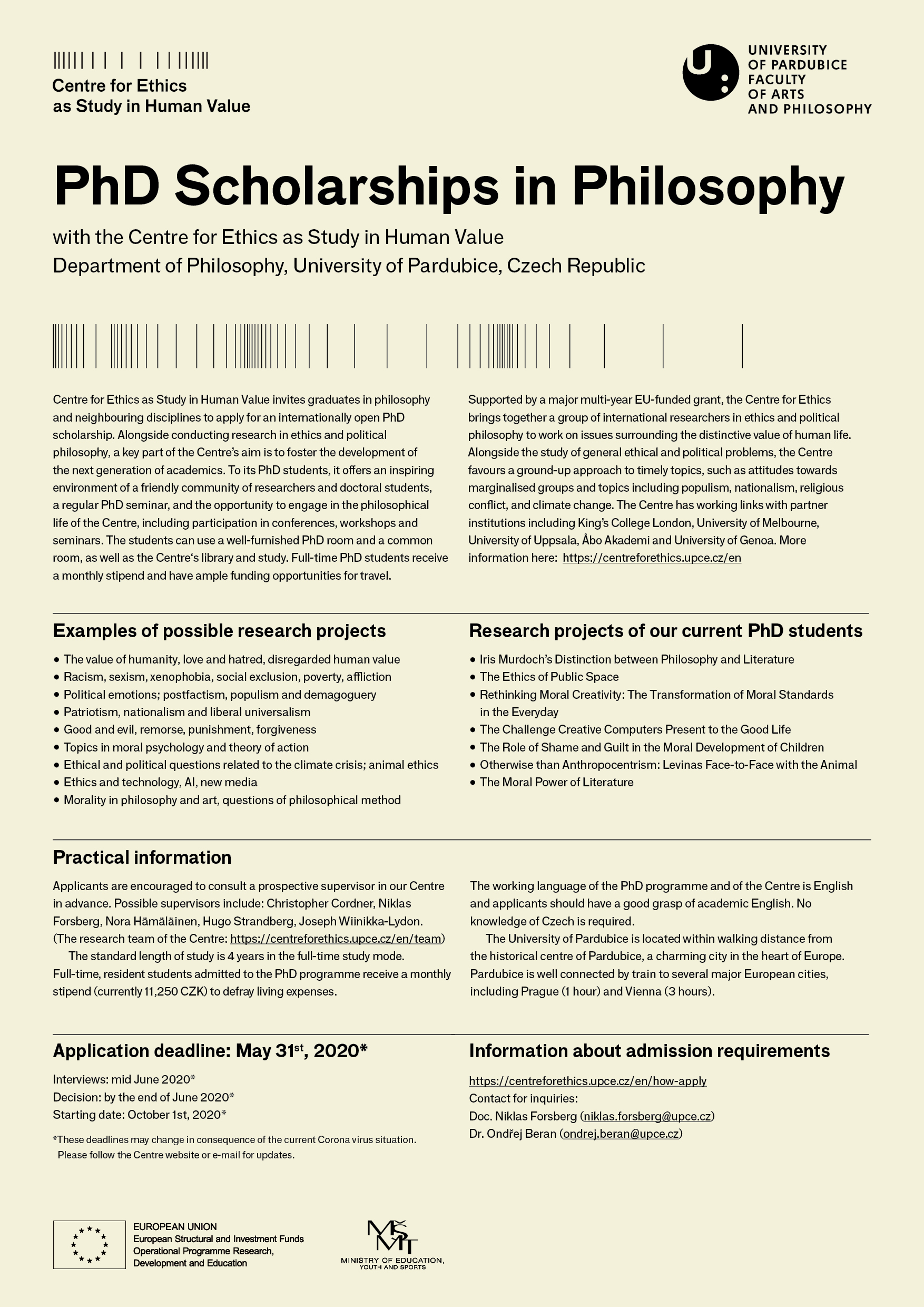 In a new blogpost, Hugo Strandberg discusses our reactions to coronavirus. You can read the blog HERE.

The measures taken by the Czech government to try to curb the spread of the coronavirus also affect the activities here at the Centre for Ethics. For example, we are now not able to meet each other physically, and web-based alternatives replace our seminars. If someone would want a proof that thinking is not a mental activity, or that thinking is not done by the brain, this is it: the physical presence of others is important in philosophical thinking, and nothing else can fully substitute it.

The planned workshop on moral change, scheduled for May this year, has been postponed. We will publish the new date on this website, once we have it.

Our own Anthony Fredriksen just published a blog focused on the concepts of "home" and "roots". You can read it HERE. Enjoy!

What is supported by the grant?
We want to support students of the Department of Philosophy (Centre for Ethics included) in their research activities (writing PhD./MA thesis, writing papers) and international mobility.

In a new contribution to Centre's blog, Joseph Wiinikka-Lydon talks about under-appreciated long-term effects of violence in a society.

You can read it HERE.

Carolyn Nordstrom calls it “the tomorrow of violence.”

Quoting a survivor of war, who says, “the life of war is a damaged (estragado) life,” Nordstrom begins to reflect on the complicated and ubiquitous ways violence, particularly war, affects societies. How has exposure to war ­– even in such places as in the United States where for many war has been more indirectly felt – shaped culture, politics, and personal and shared development?