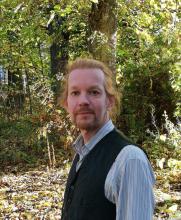 My current project focuses on the philosophical significance of the human sciences (sociology, anthropology, history, etc.). I am pursuing the project during 2022 in the congenial and active milieu of the University of Pardubice, and in close cooperation with Docent Jonas Ahlskog, my colleague (and ex-student) at Åbo, in the likewise congenial and active milieu of Åbo Akademi University, Finland.

Key figures for this study are R. G. Collingwood (1889–1942) and Peter Winch (1926–1997). Their most well-known work concerned the form of knowledge characteristic of our understanding of human action – connecting with debates on the epistemological position of the human sciences. Our idea is, however, that these two thinkers have a deeper affinity, which can be seen by looking at their work more widely than just on this one topic. They had an underlying vision on the aims and methods of philosophy – philosophy as cultural self-understanding.

My Other Work in Philosophy

Ludwig Wittgenstein is an important background figure both for this study and for my other work in philosophy. Recently I have been looking more closely at his idea of forms of life (see this article), a topic which I hope to pursue further.

I originally studied sociology and philosophy at Åbo. My most important teacher of philosophy was Lars Hertzberg.

In 1990–91, I pursued postgraduate studies with Peter Winch at the University of Illinois, Urbana-Champaign. In the 1990s, at young age, I was given a Lecturership in philosophy at the University of Wales Swansea. I had the privilege to work with philosophers like D. Z. Phillips, Ilham Dilman and Howard Mounce. All this should place me firmly in the „Swansea Wittgensteinian“ camp if one still exists … .

This exploration of the concept of trust connected it with a discussion of ethics, the philosophy of mind and epistemology – in particular, with Wittgenstein’s On Certainty. In 2015, I published a new book about trust, incorporating new developments both in the scholarship and in my own mind: Trust, Ethics and Human Reason (Bloomsbury Ethics).

On my view, the most important and fascinating task for philosophy is to identify what is not reducible to something else. This originally led me to consider the concept of trust, and it also inspired me to write my book A Philosophy of Dirt.

To put it bluntly, dirt does not exist in physics and chemistry textbooks – but does that mean it is only ‚a projection‘? My idea is that our relation to material reality is much more complex than that.

The History of Ideas

Part of my research concerns the history of ideas, especially the early development of social science in Finland, and the work of Edward Westermarck, a pioneer of social anthropology. On this topic, I have cooperated with Docent Kirsti Suolinna. See: Edward Westermarck: Intellectual Networks, Philosophy and Social Anthropology. See also: Evolution, Human Behaviour and Morality: The Legacy of Westermarck. I am Docent of the History of Ideas at the University of Oulu.

I am working at Pardubice in 2022. After that, I will return to my regular job as Senior Lecturer of Philosophy (and Docent of Philosophy) at Åbo Akademi University. I am Associate Editor of Philosophical Investigations. In 2012 I was elected Fellow of the Finnish (ex-Imperial) Society of Sciences and Letters.

Memberships and positions of trust in scientific societies

All items have Olli Lagerspetz as the single author unless otherwise indicated.

A Peer-reviewed scientific articles (from 2003 onwards)

B Non-refereed scientific articles (from 2003 onwards)

(2013) ‘Dirty’ and ‘Clean’, and the Dialectic Between Facts and Practices. In Y. Gustafsson, H. Nykänen, C. Kronqvist (eds), Wittgensteinian Approaches to Ethics and the Philosophy of Culture. Cambridge Scholars Publishing, Cambridge, pp. 26-43.

(2009) (Review of) William James DeAngelis, ‘Ludwig Wittgenstein - A Cultural Point of View:  Philosophy in the Darkness of this Time’. Philosophical Investigations 32, 86-91.

E Publications intended for the general public, linked to the applicant’s research (from 2003 onwards), including:

(2022, forthcoming) Waste: The Ethics and the Forms of Life, Differens Magazine, (link: https://differensmagazine.com/differentspaces-spacesofdifference/ )